Look! Gerard Butler’s Home Is Just As Masculine As Him

Gerard Butler. Need we say much more? The ladies will all be swooning by just the mention of his name.

The Scott who’s most famous for his portrayal of King Leonidas in Zack Snyder’s fantasy war film 300, is not only masculine and rugged in appearance, but is also not short of having a home that depicts the same features. 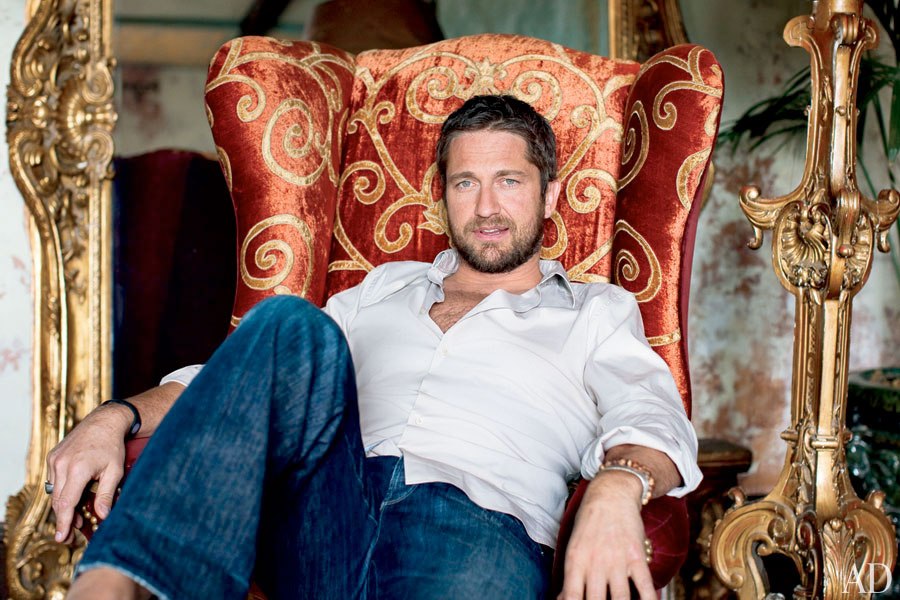 Got you excited yet, ladies? A peek into the hunk’s post-apocalyptic, European Bohemian style, New York loft featured in Forbes, would make you drool even more, and leave your imagination running wild, for some.

With a rustic look and feel, Elvis Restaino, is the production designer behind Butler’s exquisite loft. Prior to this he was designing and building commercial sets for television shows, movies, and restaurants, making this his pilot residential project.

Restaino claimed that both him and Butler gained inspiration and ideas, walking through architectural buildings, studying walls on streets, stepping through salvaged yards, and by digging through remnants of past dilapidated objects that could be resurrected.

Amidst the rustic features there are some cascading chandeliers that give the house a more ‘feminine’ quality. Restaino described them as, “heavy rounded creatures, which represented who Gerry is, very masculine and grounded, those chandeliers represented who he was in his creative mind.”

Resonating the ‘secret life’ of Butler, Restaino also claims that one would instantly know the actor by just entering his stunning Manhattan home.

“If I blindfolded you and set you in the center of the apartment you would know it’s his place without ever knowing him, because of the design.”